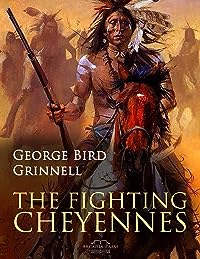 "This book deals with the wars of the Cheyennes. A fighting and a fearless people. When their struggles with the white men began, some of their older and wiser men strove earnestly to preserve peace, but their efforts failed. During these first wars between the whites and the Cheyennes, the United States Government was struggling for its very life. Its attention was concentrated on the war between the North and the South, and the movements of a few Indians on the thinly settled frontier attracted little notice. As more and more people pushed into the West, there was more and more fighting with Indians, until in 1878-9 it ceased — so far as the Cheyennes were concerned.Since the Indians could not write, the history of their wars has been set down by their enemies, and the story has been told always from the hostile point of view. White writers have lauded white courage and claimed white successes. If it has been necessary to confess defeat, they have abused those who overcame them, as the defeated always abuse the victors.Evidently there is another side to this history, and this other side is one which should be recorded; and, since the wars are now distant in time, the Indians’ own descriptions of these battles may be read without much prejudice. I have tried to present the accounts by whites and Indians, without comment."G.B.G.