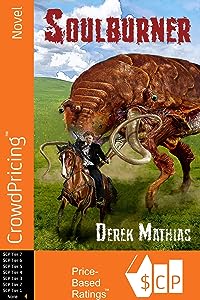 Alan joins his brother Dan’s private investigation agency in the hopes of reconnecting with his older sibling. Although he doesn’t know the first thing about private investigation and he’s hopeless with a gun, Dan convinces him to help him out on a covert mission for Dan’s former commanding officer. But the mission is far more dangerous than either brother realizes. The officer and his soldiers are seeking to recover an insidious device used to manipulate Earth’s history. Humanity is under attack...and doesn’t even realize it. Alan and Dan are ill-equipped to face this undetectable invasion...but they’re the only chance Earth has to survive.