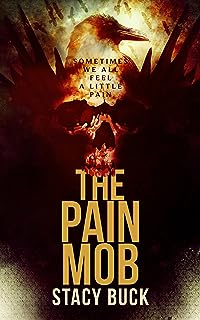 Grant hates people with superpowers. Only problem, he has them too. He's a self hating USER. A person who USES superpowers, but despite having them, he never does. He's a USER in hiding. But secrets have a way of surfacing one way or another. Especially when the Pain Mob is involved.When he's mistaken for a non superpowered human, the Pain Mob kidnaps and tortures him for their own sick pleasure and profit. But he ruins the party and turns the tables by using his powers against his captors.After a narrow escape, he's got it out for the Pain Mob and will stop at nothing to see their demise, but they aren't going out without a fight.