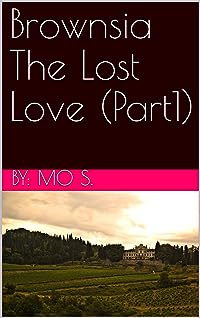 Far from earth's sight and grasp lays another inhabited planet. Its people are a mystical folk possessing great power but united they are not. They are five kingdoms: The Minotaur Kingdom of the Southern Forests, The Dragon Kingdom of the Eastern Desert, The Vampire Kingdom of the Northern Tundra, The Orc Kingdom of The Western Swamps, and on The Central Lake, surrounded by all, is The Kingdom of Brownsia.All, except The Kingdom of Brownsia, the children of this planet are born human and transition, without choice, by the age of sixteen into the mythical beast of their land to become part human part beast.Within the borders of Brownsia, their children at the age of sixteen go through a choosing ceremony, where the lotus flowers growing within their pure waters give the power that each person righteously deserves.Those not chosen remain human, and those who are transition into, The quickness of the Wolf, The brute strength of the Bear, The Wit of a Projectnist, or The agility of the Phoenix.King Larkin of Brownsia finally achieves a peace treaty between the five kingdoms, a peace treaty that would be finalized during the Choosing Ceremony. However, things do not go as planned due to a darkness that was brewing in secret, only to be revealed when all the five kingdoms will be helpless against it.