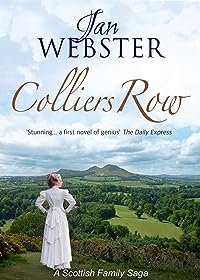 In the quaint surroundings of Lanarkshire miners cottages, Kate Fleming holds her head high with her many children.Seduced in her teens, and abandoned by Robin Balfour, the pit-owner’s son, she was left to bring up his child alone.Kate realises how circumstances have now reversed however, when she meets the man she was destined to be with, and her son Jack has grown up to be the Captain of Clippers sailing to the East. Kate sees how lucky she has been and recognises how far she has come since the day she was so coldy banished from Mr Balfour’s home.Now Robin Balfour’s son, Lachie, falls hopelessly in love with one of Kate’s daughters, Isa, but her career driven nature results in him marrying the other instead.As the children grow up and their lives unravel as the novel develops, no one can prepare the families for the wounds that occur...With disease, death and the danger of the mines, Kate longs for her family to reunite. Will the scars of the past be able to be forgotten in order for each of them to recover?Jan Webster shows the importance of family and the strength of bonds through this touching novel, interweaving the lives of both families until the end.Praise for Colliers Row‘Remarkable… the characters come over as real people.’ – Jessica Stirling‘A rich book, full of character and action.’ – Daily Mirror'Stunning... a first novel of genius.' - Daily ExpressJan Webster was bom in 1924 in Blantyre, in the heart of the Lanarkshire coalfields. Her father died when she was fifteen. She was educated at St John’s Grammar School, Hamilton, and Hamilton Academy. On leaving school she worked as a journalist in Glasgow and London. Jan Webster sold her first short story at the age of seventeen, and has had many published and broadcast since then. Colliers Row, her first published novel, is the first of a trilogy; the second book in the series is Saturday City and Beggar Man's Country is the third.