Cosmology in Vedanta: The Physics Correlation 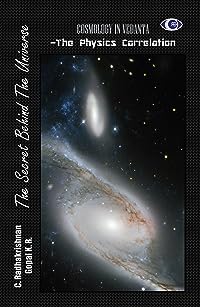 This is the concise version of the famous print book "The Secret Behind the Universe" by the same author.Exploring the secrets of the Universe as far as physics can go, and even beyond.. Along with its Vedantic integration.Verses from the Bhagavad Gita and Upanishads outlining cosmology in Vedanta, plus in-depth exploration of Avyakta - the hidden metaphysical reality behind the apparent universe - through scientific study. Based on the physics article by the same author which was published in the Prespacetime Journal, in which the concept of Avyakta is introduced to complement the Standard Model and explain gravitation. It is attempted to be shown that Avyakta provides substrate for all the fields including electromagnetic field, gravitational field and Higgs field. Dark matter and virtual particles gain new meaning and cosmic inflation is seen in fresh light. Convincing explanation is provided for matter/antimatter asymmetry and generations of matter. The author's article titled "Avyakta: The fabric of space" was published on 06/01/2017 in the Prespacetime Journal (Vol 7 Issue 16). (Prespacetime Journal (ISSN: 2153-8301), QuantumDream, Inc., P.O. Box 267, Stony Brook, NY 11790-0267, USA; is a physics journal which focuses on the origin, nature and mechanism of space-time and its possible connection to a prespacetime; and models and experimental results on elemental particles, fundamental forces including gravity and related topics.)