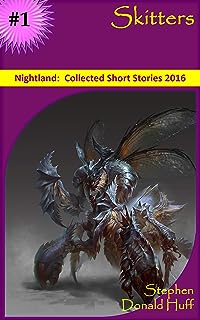 Insomnia is a special kind of torture. Its short-term effects are something everyone experiences from time to time, but its long-term effects are known only to an unfortunate few. These effects include panic attacks, paranoia, and phobias. Eventually, hallucinations and convulsions become noticeable, followed by symptoms of dementia, coma and then death. Inevitably, the difference between waking and sleeping dissolves and the two become inseparable.After months of restlessness, a chronically sleepless man loses the ability to differentiate between nightmares, daydreams and reality. While wandering a slumbering city in this dysfunctional condition, he discovers a sinister secret.