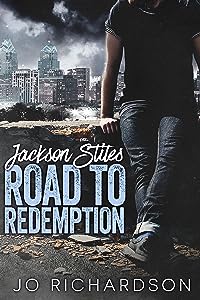 Jackson Stiles is used to having bad days, but they’ve been especially bad since a certain tabloid reporter seems to have it out for him.Emma Green doesn’t mean any harm. She simply sees it as her duty to report the misdeeds of certain Private Detectives who charge too much in a society where people need more superheroes and less villains; something even Jackson has convinced himself he deserves to be called, deep in his gut.When the two of them realize they’re investigating the same suspicious circumstances, Emma makes Jackson an offer he only wishes he could refuse. But can the man who trusts no one allow the one woman he can’t stand help him get to the bottom of a murder he feels responsible for?Exposed and unsure, these two unexpected allies come together to unmask the mysteries cloaked in plain sight while uncovering secrets within each other. A lost soul and a seeker of truth travel down the road to redemption and discover more than they bargained for.Warning: this book contains strong language, sex, lies, conspiracy, murder, and sarcastic banter between characters.