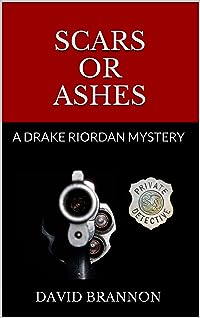 I pause a moment outside the barbwire fence of the Navy Pier to watch a Yellowjack Truck go through the vehicle gate. It's a big six-wheeled deuce-and-a-half and I know its carrying another load of bodies destined for the crematoriums. For a moment, I wonder how many trucks like this one have passed through this gate in the last year.

It was a just year ago in 1943 that the Blood Pox struck here in Chicago. It was like the city I knew burned in a great fire, but it wasn’t a fire that burned buildings. No, it was a fire that burned people. Friends, enemies, and strangers have all perished, victims of the most devastating plague in human history. Their ravaged bodies were collected by the Yellowjacks and brought through this gate in front of me to act as fuel for this terrible conflagration.

If Chicago is a burning city, then the Navy Pier is the angry heart of this fire, the hungry furnace that has consumed so many of my fellow citizens. Its two long exhibition halls have been converted into crematoriums. Five metal chimneys, each ten stories high, tower above the roofs of each structure. For most of the last year, these chimneys have belched forth the gray smoke that comes from cremating human remains.

The once-magnificent ballroom at the end of the Pier now serves only to store these charred remains. Out there the Ash Barges dock and load their hellish cargoes. Then they sail out onto the empty expanse of that vast lake. When they are far enough out so that the living can no longer see, the dead are given over to their cold, wet grave. Without ceremony, the ashes are shoveled over the side and allowed to settle to the endless quiet of Lake Michigan.

This is a place none come to willingly, but like it or not, here I am.

I am here because a new client, a beautiful woman doctor, has hired me to find her missing sister. The case starts here, but I know, somehow, it will lead me on a long and dangerous path through the deserted streets and the silent sidewalks of this ravaged city.

The only way to find where and how this path will end is to follow it. I walk toward the open gate.