Visions of the Fall: A Speculative Thriller (Rory McMullen Book 1) 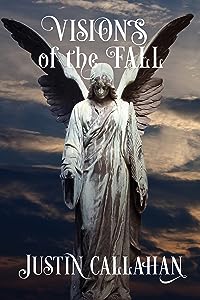 Rory McMullen loses both his brother and the woman he loves in the tragedy of 911. Crushed by the pain of loss, he joins the army in the hope of finding closure in the invasion of Afghanistan. He is captured by the Taliban and then rescued by mysterious forces. He returns home where he is aided by a seemingly benign Svengali to become a charismatic, right wing politician who uses his tragic past to further his agenda.
Nora Klein loses her brother in the World Trade Center and then buries a dark secret in the suburbs of Long Island.
Liam McMullen is paralyzed from the neck down due to injuries received on 911. After many years languishing in his bed, the technology of Brain Machine Interface gives him back his mobility. The equipment works on wireless technology that has the unintended consequence of granting his brain access to the Internet with the processing speed of a computer. The combination of his enhanced computational ability coupled with his natural intelligence, makes him the first leap forward toward the singularity, the marriage of artificial and biological intelligence.
The three find themselves locked in combat with divine forces that have an agenda to play the Muslim world against the West in a race toward Apocalypse. Bound together in a quest to stem the tide of Armageddon, the three delve into a conflict as old as the world itself, and this quest pits Rory against the very forces that have guarded over him.