A Syrian Boy: Based On a True Story, A Young Refugee and His Sister Travel from Syria to Germany escaping ISIS 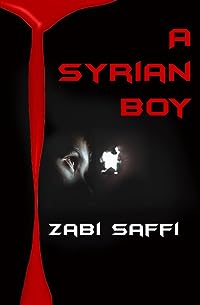 Gods, Kings and the Governments have clashed. One's happiness is another's blood. The lower class citizens are turned into slaves without them acknowledging it. The space between the poor and the rich is dramatically long, so long, that the gods cannot level the two groups. Religion, power and money is destroying the Earth as you read.

Damaged tanks, cars, fighter jets and buildings are all that can be seen. Adnan and his sister Yana never let go of each other's hand knowing that they could be killed any second. Adnan looked to the left and saw fallen trees that were hit by some kind of bullet or bomb. A silent state with not a single bird flying. Dead, dry and abandoned.

This is the story of Adnan, a 13-year-old Syrian boy, that faces hell in his own country and is forced to escape the once beautiful village to him. His journey begins in Syria and ends in Germany. Adnan and his sister Yana go through so much pain during their journey that it breaks my heart writing their story!

Feel free to cry at the beginning, middle and at the end!