She Devil : The True Story of Christa Pike 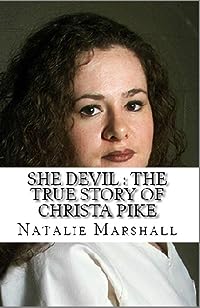 Christa Gail Pike, born 10 March 1976, currently sits on Tennessee’s death row for the murder of Colleen Slemmer, 19, on 12 January 1995. The murder occurred when Pike was 18 years old. Pike and her then-boyfriend Tadaryl Shipp who was 17 at the time of the murder were convicted of Slemmer’s murder and conspiracy to commit murder. Another friend of the defendants and the victim, Shadolla Peterson, also 18 at the time, was convicted as an accessory after the fact and given six years’ probation after turning informant. Pike was sentenced to death by electrocution in 1996 and, at the time, she had the distinction of being the youngest woman ever to be sentenced to death, in any state and only the second women given the death penalty in Tennessee.