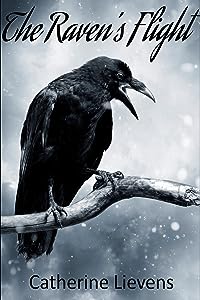 Sometimes you have to take a step out of your comfort zone if you want to start living again.
Kangee is used to solitude. He’s lived like a hermit for the past seven years after finding out the hard way that shifters shouldn’t mix with humans. He has no intentions to change that, but he hadn’t counted on a bratty hard-headed human slithering into his life and pushing Kangee outside his comfort zone.
Jase knows what he wants, and he wants Kangee, even if the man looks like he’d rather run the other way every time he sees Jase. He throws himself at Kangee until the man finally breaks down, but what should have been a summer fling quickly shifts into something more. Kangee has to hide his raven half from Jase because he knows the man would freak out if he found out about it, but when Jase is attacked by a bear Kangee’s raven half reacts, exposing Kangee’s secret to the man he’s starting to fall for.
Will Jase run, or will he give Kangee a chance? Will what they have survive the revelation, or will it disappear along with the summer heat? 36,107 words.

Author's Note: Royalties from the sale of this book will be donated to the Human Rights Campaign, a civil rights organization focusing on LGBTQ equality.

Content Warning: This story contains explicit male-male sexual content and adult language and may be considered offensive to some audiences. It is intended for adult readers only.

Author's Note: Royalties from the sale of this book will be donated to the Ali Forney Center, an organization focusing on homeless LGBTQ youth.