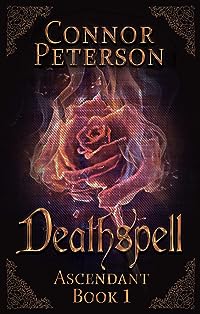 Praise for the Author:
"...on Dawes' writing style one word comes to mind: elegant."
"He paints a vivid picture in your mind and never lets up..."


A boy orphaned by violence grows up in the shadow of his father's murder. His older brother offers him a home, but the life of a farmer is a poor fit for Christian Richardson.

Set in England in the 1400s, the Wars of the Roses litters the country with plenty of jobs for a young mercenary trained in how to wield a sword. Christian grows out of his youth and becomes a capable fighter, one who inherited his father's blade. As a member of the Brotherhood of the Black Rose, he puts coins in his pockets and food in his stomach, but every day he searches for the sigil of the men who took his father's life.

Finally, after years skirting the edges of a group called the Luminaries, he'll make a discovery that will put him in reach of his goal. Vengeance.

The sword was not the only possession his father had given to him, though, and unbeknownst to Christian, the Luminaries have been hunting for Richard's son - the boy who escaped from them nearly a decade ago - just as he has been scouring for signs of them.

An almost successful attempt on his life reveals hidden gifts, and even more secrets that his father had taken to the grave. As Christian reaches the threshold of claiming revenge, he faces the realization that retribution might come at a high price. Will he listen to the pleas of his loved ones, cautioning him away from danger? Or will his pursuit for justice take him down a path from where he can never return?