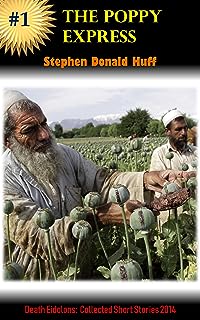 To earn extra money, he decides to volunteer for service in Afghanistan as a civilian technologist. During training provided by the government, he vows he will never allow terrorists to easily cut off his head for their propaganda machine. Instead, he is determined to make them chase him through the desert first. After several weeks in-country, all is going well. Then his worst nightmare is realized, yet all is not what it seems.

After his capture by bloodthirsty jihadists in Afghanistan, a young American civilian must confront his worst nightmare with eyes wide open. After he manages to escape, however, he learns a terrible truth. Where will the Poppy Express take him? An insightful short story.