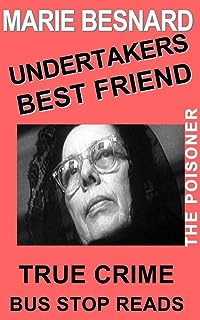 
Marie Besnard was an accused serial arsenic poisoner in France in the middle of the 20th century. Marie was first charged with multiple murders on July 21st, 1949. After three trials lasting over a decade Marie was finally freed in 1954, and was acquitted of all charges on December 12th, 1961.
Her case attracted widespread media attention throughout France and remains one of the most enigmatic in modern legal history.
Did she really kill her husband as well as twelve other members of her family as the police believe?